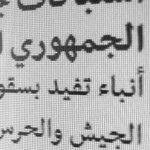 The Lack of High Quality Arabic and Persian Webfonts

By now you must have heard about Webfonts and their usage in web design. Services such as Google WebFonts, Cufon, and Typekit offer various typefaces to the designers and developers to use in their websites. But none of these services have any typeface for Arabic script. Up to 2011 that meant the web developers for Arabic and Persian websites either needed to use the unappealing Tahoma and Times New Roman typefaces or  they needed to develop their own webfonts. But not any more. Currently the situation is changed a bit with two solutions for Arabic webfonts: ‘Fonts.com’ and ‘Fontdeck’. When Monotype’s “Font.com” webfonts began its webfonts service for Arabic script I decided to test them on several sample Arabic and Persian websites. It was before the changes in BBC websites so I did not have any idea about what to expect. But after some wrestling with the seemingly-beta-version of their admin area I was finally able to activate the fonts on my sample websites. It seemed they all work pretty well.

There are 84 Arabic fonts (including their italic and bold versions available to use as webfont. For my sample WordPress, BuddyPress, and bbPress website I chose Mitra to test it with Persian. The result was pretty satisfying on all sections of the site. It took some envelope test to set up the styles but when you are done the Tahoma-free site looked the way I wanted the website to be. Click on the thumbnail here to get an idea about the look of the Arabic/Persian webfont (in this case Mitra) on the sample site. Fontdeck Non-Latin Webfonts includes only one Arabic typeface: Nassim. The font was initially designed by by Rosetta Type Foundry for BBC Persian and BBC Arabic but now it is available for everyone. You can host the font yourself (if you buy it of course) or use it through Fontdeck. The typeface has two styles: Regular and Bold. 5 Responses to Arabic and Persian Webfonts